Warning: "continue" targeting switch is equivalent to "break". Did you mean to use "continue 2"? in /homepages/14/d416743703/htdocs/scottmartin.ca/wp-includes/pomo/plural-forms.php on line 210
 The Best Time to Start | PMO Light

I keep having conversations that boil down to variations of “When is the best time to start?”. Whether this is starting a fitness program or diet, kickoff of a project, or finally fixing that dripping faucet, all of these conversations generally take one of two forms:

There is a lovely anecdote in Waltzing with Bears where a client is explaining to the project manager that the project must be executed on time. After a few iterations, the client agrees that if the project could complete the day it starts, the company would recognize immediate benefits. The conclusion: the project is starting too late! While starting “late” is not an ideal circumstance, it is important to remember that “late” is almost always better than “never”.

“The best time to plant a tree was 20 years ago. The second best time is now.” – Chinese Proverb

There is no way for you to go back in time and start earlier, but you can get in gear and start as quickly as possible. If you are waiting for the perfect time to start, you should either resign yourself to never start, or realize that a good solution now probably beats a perfect one later.

We seem to have developed a cultural fear of failing that is so pervasive that many people seem to think that it is better to not start: you can’t fail at anything that you aren’t doing. This idea that doing nothing is better than failure can lead to a creeping sort of feedback loop, where you see the world passing you by and makes you want to do something with your life – but inertia added to the fear of failure seems to overcome many of the best intentions . I wonder how many people wake up on a “milestone” birthday (40, 50…) and see what their life could have been. The best time to take a chance was probably yesterday – or twenty years ago – but the second best time is now.

So I think that I will start a few more things, and accept the fact that some of them are going to get dropped. I will wear (a bit more) egg on my face when I don’t succeed at everything. But rather than seeing this as a failure, I will try to remember that life is a learning experiment. By the beginning of 2018, I hope to know if increased failure is an indication of success.  While I haven’t taken this road before, there are a number of successful folks who claim that, while treacherous, it’s the best path forward. 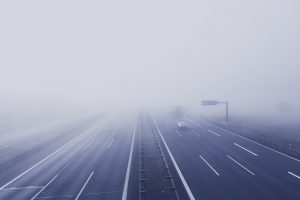 “To double your success rate, double your rate of failure.” – Thomas Watson (former leader of IBM)

Now if you will excuse me, I need to do a bunch of push-ups: I started my exercise program too late to finish in 2016. On the upside, if I had waited to start now I wouldn’t be finished until spring!

Required Legalese:
Scott is a participant in the Amazon Services LLC Associates Program, an affiliate advertising program designed to provide a means for sites to earn advertising fees by advertising and linking to Amazon. Revenues go to supporting mentorship programs.